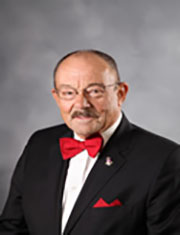 Dr. Olsson is the recipient of 25 honors and awards, including the prestigious Hugh Hampton Young, Gold Cystoscope, and Distinguished Contribution awards from the American Urological Association. Other awards include the CaP CURE Research Award (several years), the Ferdinand C. Valentine Medal from the NY Academy of Medicine, the Dr. Michael E. Debakey Award from Baylor College of Medicine and the National Kidney Foundation’s John K. Lattimer Award.

Dr. Olsson has been a member of the American Urological Association since 1971, and was its Secretary for four years ending 2007.