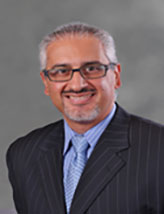 Upon graduation, Dr. Kohan joined the faculty practice at Winthrop University Hospital, where he established and is the director of Winthrop Center for Bladder Health and Sexual Function, focusing on urinary incontinence, female sexual dysfunction, as well as other bladder disorders. He has expertise in evaluation and treatment of stress incontinence as well as neurologic induced bladder dysfunction. Dr. Kohan is one of the most experienced urologic surgeons on Long Island to perform Interstim Sacral Nerve Modulation for refractory overactive bladder and urinary retention and also with application of BOTOX in various urologic diseases. His other areas of interest are adult stone disease and minimally invasive treatment of urologic malignancies.

Dr. Kohan entered private practice of urology in 2002 with Urology Institute of Long Island and is one of the founding members of Integrated Medical Professionals. He has widely presented at national and international urologic meetings and remains actively involved in urologic research. He has many publications in peer-reviewed literature and has co-authored a chapter in pediatric urologic emergencies. He continues to lecture regularly on various urologic diseases and is a consultant to several pharmaceutical companies. Dr. Kohan is certified by the American Board of Urology and is a Fellow of the American College of Surgeons.