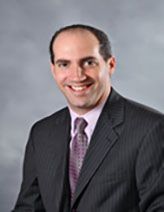 Elliot M. Paul, M.D. graduated from the Albert Einstein College of Medicine in New York. During his medical training, he was involved in multiple scientific research projects, both in the clinical and laboratory settings. He became integral in the performance of researching the treatments of female urinary incontinence at the Long Island Jewish Medical Center, and subsequently accepted a residency position in their Urology department. Dr. Paul has since then conducted various research projects in other areas of Urology, and has presented his results at national and international academic meetings. Many of these and other papers authored by Dr. Paul have been published in peer reviewed journals.

Dr. Paul has been awarded various prestigious awards for his clinical achievements, including the 2004 Pfizer Scholar in Urology, the 2004 and 2005 Praecis Pharmaceuticals/AUA Gerald P. Murphy Scholar, and the 2003 and 2004 William Seery Resident of the Year Award at the Long Island Jewish Medical Center.

Dr. Elliot Paul is an active member in the American Urological Association and is a Fellow of the American College of Surgeons. He was honored as Top Doctor by Castle Connolly® in 2012, 2013, 2014, and 2015. In 2013, Dr. Paul was chosen as the New York Section’s Representative to the AUA Young Urologist’s Committee. The mission of the AUA Young Urologist’s Committee is to address issues specific to young urologists and provide them with the resources they need to make a successful transition from residency to practice. He also serves on the AUA’s Quality Improvement and Patient Safety committee.

Dr. Paul functions as the Chair of the Clinical customization Committee for a large urology practice (Integrated Medical Professionals) and he sits on the Quality Management Committee for this group as well. He practices general urology, and has additional interests in laparoscopy, endourology (treatment of kidney stones), alternative treatments for the enlarged prostate, female incontinence, and urologic malignancies.