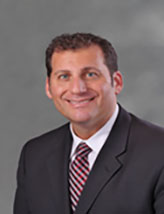 During his training, Dr. Thall participated in both clinical and laboratory research, leading to international recognition in peer review journals. He has presented his work at such prestigious venues as the American College of Surgeons and the American Urological Association national conferences. His work in kidney cancer research earned him a Valentines Essay Research Award from the New York Academy of Science in conjunction with the New York Chapter of The American Urological Association and The National Kidney Foundation.

Upon concluding his training at Mount Sinai, Dr. Thall and his family relocated to Long Island. He introduced Laparoscopic Urology to the South Shore and continues to provide cutting edge Laparoscopic Surgery to his patients locally.

Dr. Thall sees patients at both the main Rockville Center location as well as the satellite Long Beach Office. Office hours are available by appointment for Mondays, Tuesdays, Thursdays, Fridays, and some Sundays. Evening hours are available on Monday and Thursday.