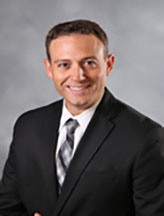 Dr. Evan Eisenberg is a native of Long Island and graduated cum laude from the University of Pennsylvania in 1996. He received his Medical Degree from SUNY Downstate Medical Center at Brooklyn, and was elected to the Alpha Omega Alpha Honor Society upon graduation in 2001. In addition, he received the “Outstanding Medical Student Award” from the department of Urology. After completing one year of General Surgery internship at Long Island Jewish Medical Center he was awarded the “Top Surgical Intern of the Year” for 2001. He went on to complete his four year Urology residency at Long Island Jewish Medical Center in 2006. During his residency, he was involved in various research projects in areas such as Female Urology, BPH, and Interstitial Cystitis. He has presented his findings at the American Urologic Association conference and has been published in several peer reviewed journals.