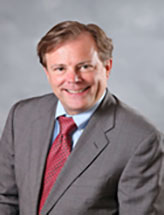 Dr. George Owens has been engaged in the practice of Urology in Westchester County, N.Y., since 1984. He received his undergraduate degree in Chemical Engineering at Manhattan College, and his medical degree at New York Medical College. After completing his internship and residency at Montefiore Hospital and Medical Center — Albert Einstein College of Medicine, he accepted a position as faculty member in the Department of Urology at New York Medical College. During his tenure there he was awarded the F.C.Valentine fellowship through the New York Academy of Medicine, and was appointed Chief of Neurourology at the Westchester Medical Center.

Dr. Owens has been named every year to the Castle Connolly list of   “Best Doctors in Metro N.Y. ” since the publication’s inception in June of 1999, and most recently was also named in the Westchester Magazine’s listing of “Best Doctors in Westchester”.

Dr. Owens limits his practice to male and female adult urology. He is versed in all aspects of urologic care, and offers expertise ranging from minimally invasive office procedures to advanced urologic surgery and techniques.

Dr. Owens is the only doctor at
AUCNY – White Plains North