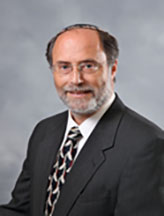 Between 1985 and 1992 he was on faculty at Case Western Reserve University in Cleveland, Ohio, during which time he was admitted as a Fellow of the American College of Surgeons.

In 1992 he joined the Albert Einstein College of Medicine faculty as the chief of service at the Weiler Hospital division and director of urologic oncology.

In 1997 he entered private practice in the Bronx and has maintained a continuing interest in specialized cancer care, particularly of the prostate, kidney and bladder. He has privileges at Montefiore Medical Center Hospitals, Westchester Square Medical Center, Calvary and Morningside House.