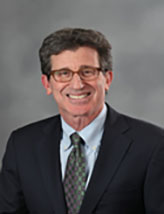 Dr. Michael Gross received his medical degree from The Chicago Medical School in 1982. From there he trained at Montefiore Medical Center and Albert Einstein College of Medicine where he completed his Urologic training in 1988. He served as Chief Resident from 1986-88. He also spent time in specialized cancer training at Memorial Sloan Kettering Cancer Center.

Dr. Gross began practicing Urology in 1988 on the campus of The Albert Einstein Hospital/Montefiore Medical Center where he remains involved in teaching residents. He is a clinical instructor in urology at the Albert Einstein Medical College.

Dr. Gross has a special interest in the management of prostate enlargement and the use of lasers to manage those patients that fail medical therapy. He is also interested in the early detection and treatment of genital urinary tumors and urinary stone disease. He remains involved in the diagnosis and treatment of all urological disorders.