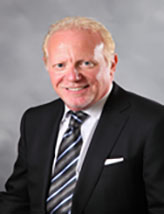 Dr. Robert D. Sunshine is a graduate of New York University and the University of Monterrey Institute of Health Science – School of Medicine, who successfully completed a two year General Surgery Residency at Long Island Jewish Medical Center, followed by four years of Urological Residency training at the Mount Sinai Medical Center in New York. Dr. Sunshine has been engaged in the practice of Urologic Surgery on Long Island since 1985.

Currently serving as the Director of the Department of Surgery at St. Joseph Hospital, Dr. Sunshine is also a member of the attending staff at the Manhasset, Plainview and Syosset Divisions of the North Shore – LIJ Health Care System, Winthrop University Medical Center, and Mercy Medical Center.

A member of numerous professional medical organizations including the American Urological Association, he is the recipient of the Physician Recognition Award of the American Medical Association. For the past sixteen years, Dr. Sunshine has been included in both the Castle Connolly Guide to “The Best Doctors in the New York Metropolitan Area” as well as Newsday’s “Best Doctors on Long Island” and has been listed in New York Magazine’s “The Best Doctors in New York.”